Koh Rong (Cambodia), 15.08.2013
Since in Muslim Indonesia at the end of Ramadan many people apparently go on holiday, joining the hordes of Europeans on vacation in Southeast Asia, I found no further accommodation in Bali and had to leave. Since the beaches were not too sexy and the weather cloudy, I spent some time on the map to check various other beach destinations in the area. Malaysia and Indonesia had Ramadan, Thailand was probably too crowded, for Vietnam I needed a visa, the Philippines to far off for the one week I had. I did enjoy Cambodia, and had read about the beaches there to be great and still somewhat undiscovered.

So I took a flight from Bali to Kuala Lumpur. Thanks to a three hour delay, courtesy of Air Asia, I arrived late in town and overslept the next morning, no accounts of this city here unfortunately. The next day I flew to to Phnom Penh, and stayed at a fantastic hotel, The Plantation. I had seen it the last time I had been here, but behind the spectacular entrance patio there are very stylish yet simple rooms, a pool and restaurant, and lush green vegetation everywhere. The next morning I catched a bus to Sihanoukville, on the coast. After around 5h we reached town in full midday heat. A tuktuk brought me to a place where I got a return ticket to Koh Rong, an island 2h off the coast by boat. Shortly afterwards a small bus came to pick me up and take me to the harbor. The aircon was a joke, in no time I was sweating like crazy, and the driver stopped every couple of meters to load more backpackers into the bus. As it started to fill up, backpack after backpack I got the feeling to be almost twice the age as everybody else around me. In a way I envied these youngsters, I wished I had had the chance to travel like them when I was their age. No responsibility, no worries, no budget. But plenty of fun, and in an ecosystem of like minded travelers from all over the world, floating from one destination to the next. The completely overloaded bus reached the harbor after an hour, and we all walked down the ramshackle pier to board one of the wooden boats that connect the islands around here, like I had also seen in Thailand some years ago. The two hours ride were interminable, and thick dark clouds kept piling up over us. Koh Rong came in sight and I hoped that on the other side the weather would be better.
On the pier in Koh Rong a European guy with a southern accent welcomed everybody to the island and gave instructions on where to go for sleeping, eating and diving. A small boat was there to pick me up and took me to a secluded beach, to the Pura Vida Resort. Five bungalows on the beach, no fan or aircon, just the breeze from the sea. A generator gave power from six to ten in the evening. No cars, scooters, tuktuks, roads. Just the beach, wave after wave, and the jungle with its animal inhabitants all around, creating a spectacular concert of sounds all day long. There was no Internet here, and barely a GSM signal. Paradise!
I spent several days on Koh Rong. There was not much to do, and it felt great. The weather was so so, with usually heavy rain from six to nine in the morning, the sky stayed cloudy during the day. The sun came out enough to get me some tan though. And the sea cooled down temperatures during the day. It had been in a place similar to this one, in Thailand, where nine months ago the idea for Eurasia2013 was born on a rainy day, reading and iPadding under an open open hut’s roof. Here, reading, walking down the beach and sleeping is all i could do and I loved it. Vanny, the lady running this place, always kept a smile for her guests. The food was simple and good, and she even made chocolate cake for me one evening! What else shall I write, this is all there was here and it was fantastic! During the many hours sleeping or reading on the veranda, the background sound of the jungle was amazing, I listened to the many different animals for hours, looking at the sea.
It was hard to say goodbye. But one day came the time to go, destination New Delhi, to pick up the car that apparently had been fixed now. 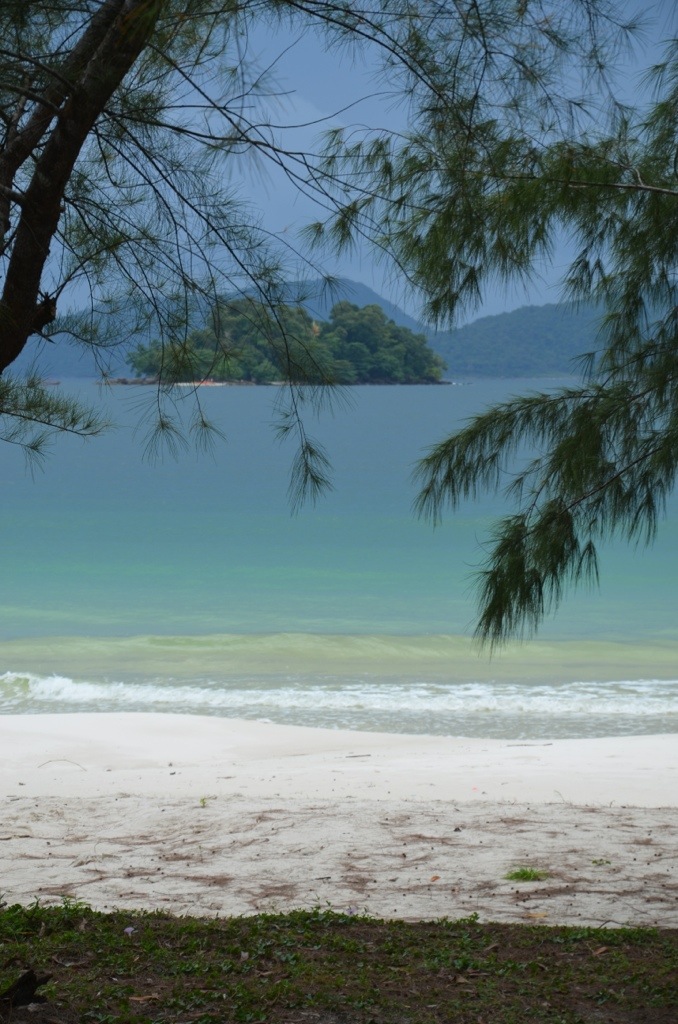 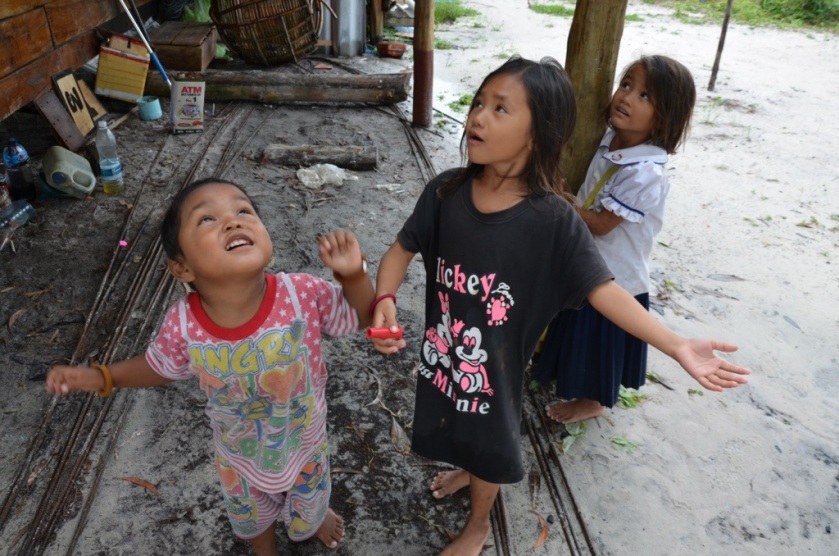