Returning to Tokyo after a couple of days in Kyoto and driving overland, I spent several days in town. I had to organise plenty of things, like the Russian and Kazakh visas, the route through Siberia and Mongolia, onward accommodation and so on. During all this time I did several discovery trips through the city and saw various things. Below is a list of impressions, in no particular order. I just wrote down notes as I spent time around. 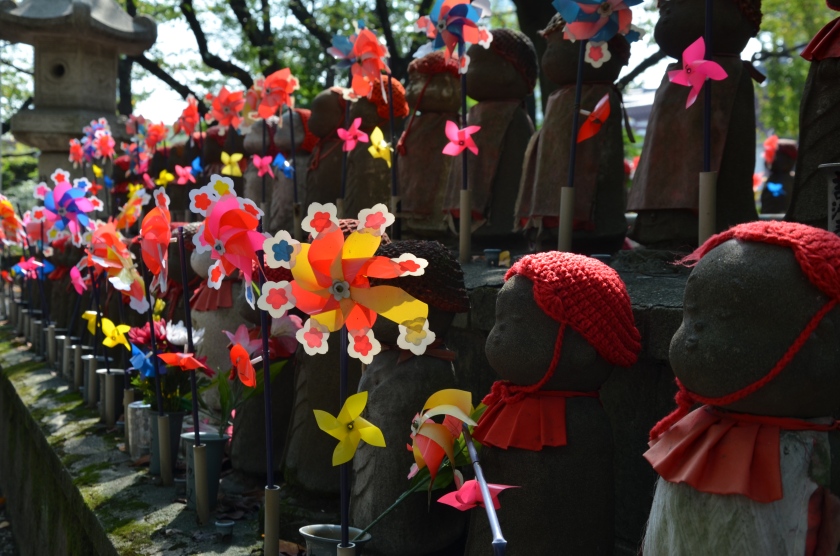 On the streets and while riding on public transport, I noted several completely drunk or drugged people, young and old, that could barely walk or sit.

“Public transport” doesn’t include all transport means in one system. But each of them functions independently. Especially split railway and subway lines are a pain, since they don’t show up together on maps, making moving around extremely complicated. And as writing on all signs is mostly in Japanese, I had a hard time finding my way around.

The imperial palace in Tokyo has an amazingly clean cut garden around it. Looking at the pictures afterwards, some seemed like a collage. The trees are immaculately kept, the lawn cut to almost perfection. 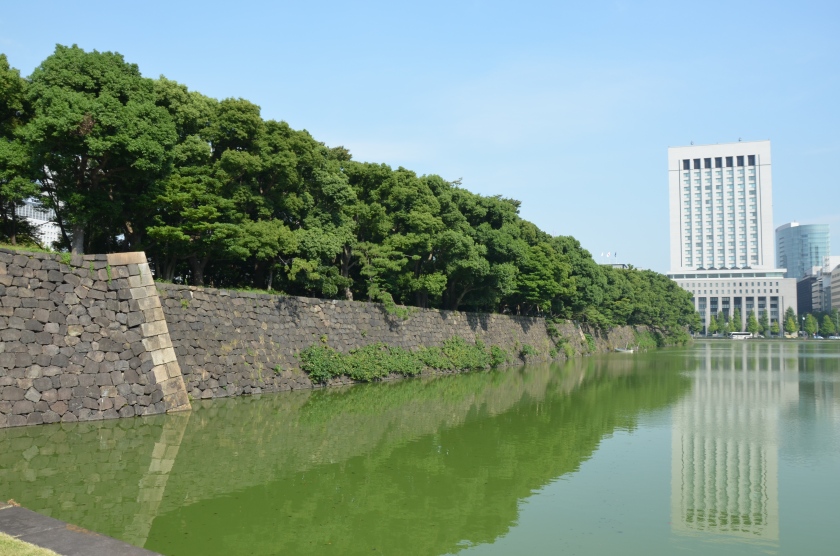 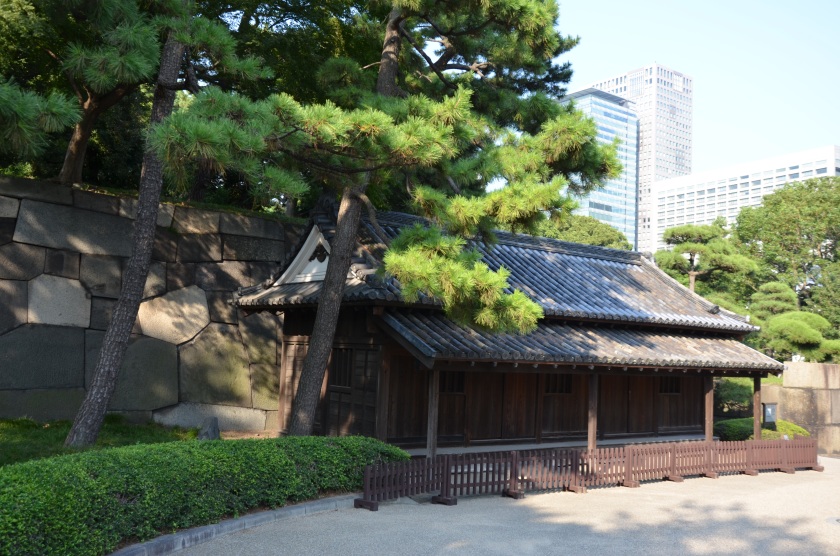 Although Tokyo is an abstract, modern city, there are plenty of temples. Seeing people in spiritual moments in ancient buildings here somehow didn’t match with the clear minded, secular, modern environment.

In small situations Japan is still a very down to earth country. There are many small, simple restaurants, that accept cash only. On the streets I found many used (and efficiently kept) vehicles driving around, not just the glitzy new ones. Also, there are many paper signs for improvised situations and add ons to incomplete or outdated instructions on the road, in public transport etc – they seemed quite “homemade” in a way.

I was surprised to find many people of all ages don’t speak English in a developed nation like Japan. And more irritating was to even see them turning down foreign guests, walking away from me when I spoke in English on the streets. Several restaurants told me “sorry we’re full”, while there were clearly enough empty seats left.

I was equally surprised to find many places not accepting credit cards and most ATMs only serving Japanese cards. In an advanced nation I didn’t expect this after drawing cash from ATMs in every country except Iran (that is cut off from the international banking system due to sanctions).

Advertising is very unsophisticated, more cheesy in-your-face product promotion then elaborate brand messages. Fake smiles, people holding the product for many seconds at the spectator – all this was quite different then what I had seen so far in western countries. And compared to other Asian countries like Thailand, Japanese ads are more calm and old school.

Tokyo has the highest quota of black-suit men on earth, worse then Manhattan or Milan. I was impressed to see with what seriousness men dress for business in dark suits, white shirts and plenty of ties.

Also cab drivers are very serious people around here. Not only do they dress in suit and tie as well, many of them also wear white gloves. The cars are immaculate Toyotas of 80’s design, with self-opening doors, white embroidery covers on seats and headrests. Cabs are stuffed with tons of technology and gadgets, but when it comes to billing quickly, it takes ages for the driver to produce a credit cars slip and have you sign it.

Trucks are the cleanest ones I’ve seen in any country. I had noted this already on my overland travel. But in Tokyo it became evident. Shining chrome is everywhere, from the rims to the doors and all around. It seems every truck just left the dealer or washing station.

There are shopping districts for specific kind of people. There is a teen district, where I was by far the oldest person around. An “electronic town” in Akihabara that caters to tech geeks. Very close by there is a manga block, selling every possible item to aficionados of Japanese cartoons. In another area upmarket fashion brands are all bundled into one district. 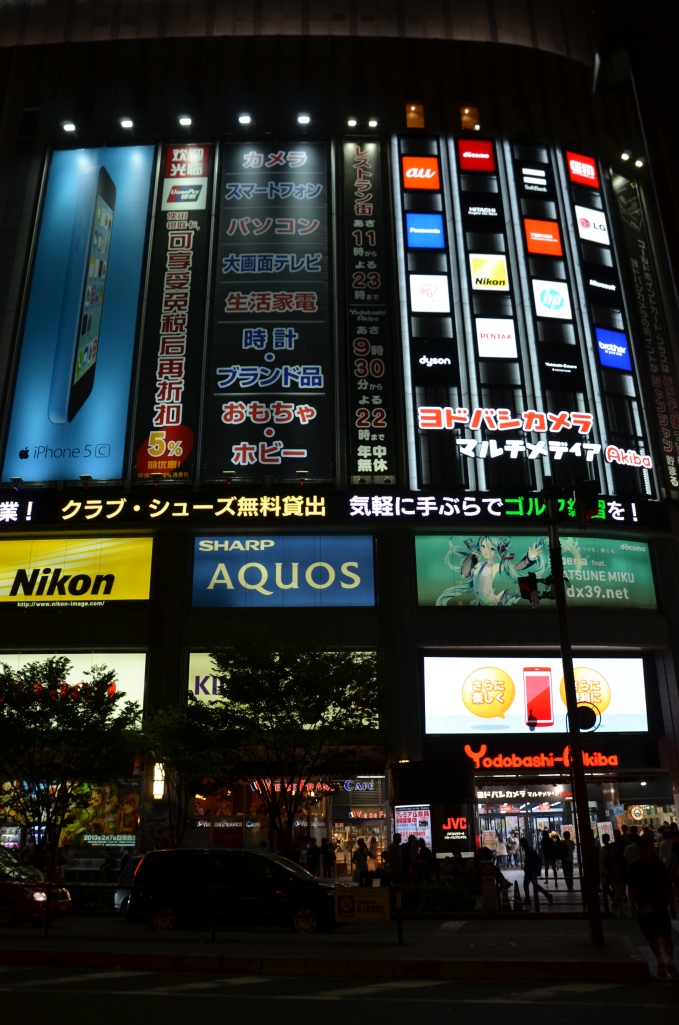 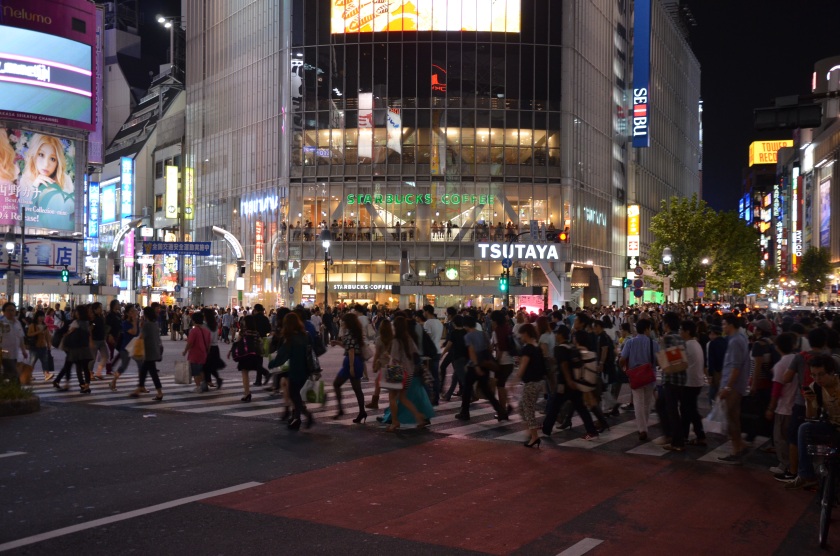 In Harajuku I found an area full of upscale fashion boutiques, all in one square. The small streets are littered with vintage shops and fine town houses. Right next to it was Omote-sando, a major shopping street with main luxury brands all along it. Right off this street there was again an area with small alleys full of small boutiques. In all these areas I was surprised to find many upscale brands like Prada, Dior & Co. not just having huge boutiques, but also own buildings designed by star architects, competing on construction as much as on fashion. 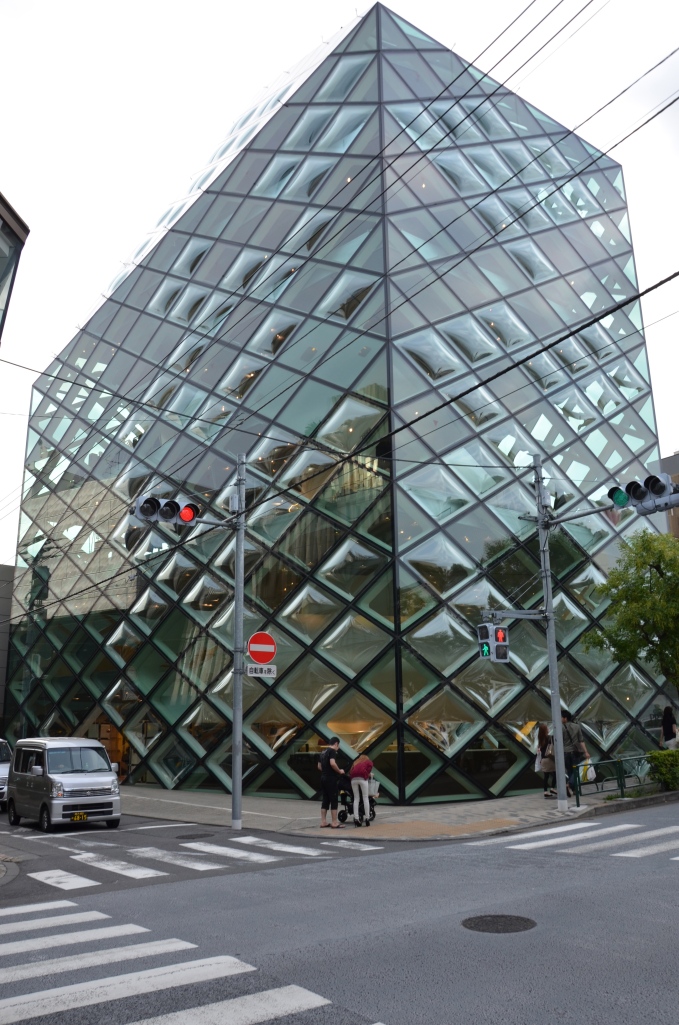 Roppongi was a lovely neighbourhood of small streets, condos, restaurants. It felt like a miniature town within this high-rise metropolis. 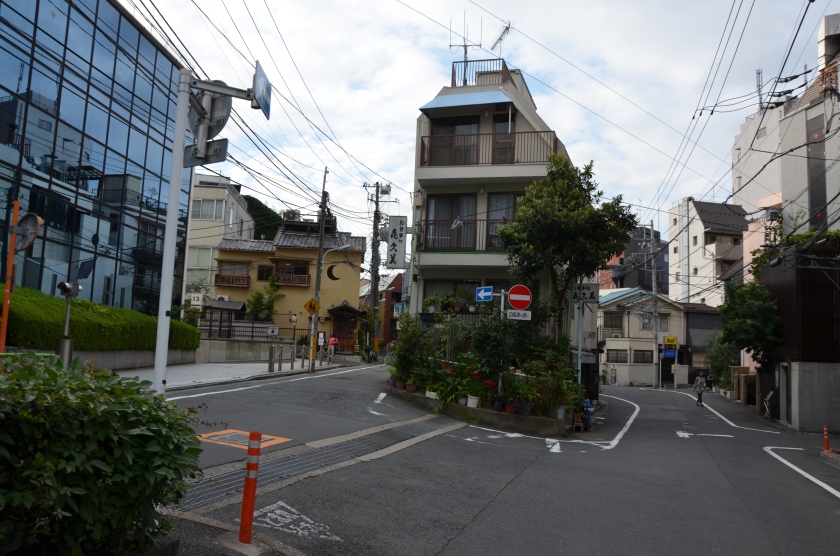 Plastic is everywhere. I was wondering if the Japanese have an environmental conscience. Everything is packed and wrapped in plastic, even the smallest miniature item. And packaging is thick, of “quality plastic” and not some cheap thin stuff. In a day of driving in Japan I had a bigger trash bag then in any other country.

Throwing away things isn’t easy. Once I had trash to get rid of, I spend hours looking for somewhere to leave it. Since in Japan trash is separated into paper, plastic, cans etc you can’t just throw away things, you need to find the right place for it.

I saw a lot of women in colorful traditional kimono dresses, especially in Kyoto but also in Tokyo.

I had my fastest lunch ever in Roppongi at a micro fast food shack. There were pics of the dishes outside the restaurant on colorful posters, with numbers for each dish. At the entrance there was a ticket machine. I pressed the number of dish I wanted, paid with my Pasmo train card, gave the ticket to the woman in the kitchen, and got my dish in 60 seconds. I had tasty udon noodles with fried fish. I was in and out of the place in 11 minutes, incl. taking notes and figuring out how the place works.

While riding on public transport, between two stations a guy stops me on the street and asks me if I need help. Since I couldn’t find the next metro station, he helped me to find it and led me all the way to the payment gate. While I followed him I was wondering what drove him to this extreme case of friendliness towards a lost tourist. In the end he asked for 300 yen, telling me he was hungry. I was moved and gave him the money, something I usually never do, by principle. What will he eat with 300 yen?

My last moment in Tokyo was a visit to my favourite sushi bar in a small alley behind Tsukiji Fish Market. As I arrived, I was the only guest at 18:00. Jazz music played in the background, it seemed like a location of a Jean-Pierre Melville film noir, where two gangsters would sit down silently at the bar exchanging looks. I immersed myself into an orgy of sashimi, the finest fish I have ever eaten in my life. The owner (H. Ichikawa according to the name tag on the proper white shirt) explained me the name of each fish with a small book that had pictures, names and descriptions in both English and Japanese. Sea eel smoked and grilled, tuna of all sorts, red snapper, snapper, yellowfin, different crabs, vegetables with no name to me but a great taste – it was one highlight after the other. By and by more guests joined for an after work relax with gourmet pleasure. The two sushi masters created lovely, curated dishes. It was a bitter sweet moment in a way. On one hand, this was the best sashimi I’ve eaten in my life. On the other hand, I knew it will never be again this good. At least for a long, long time. 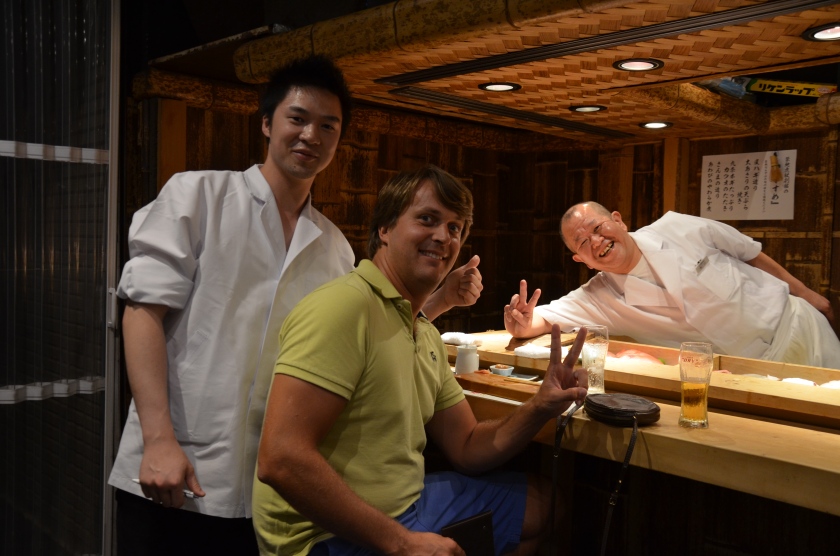 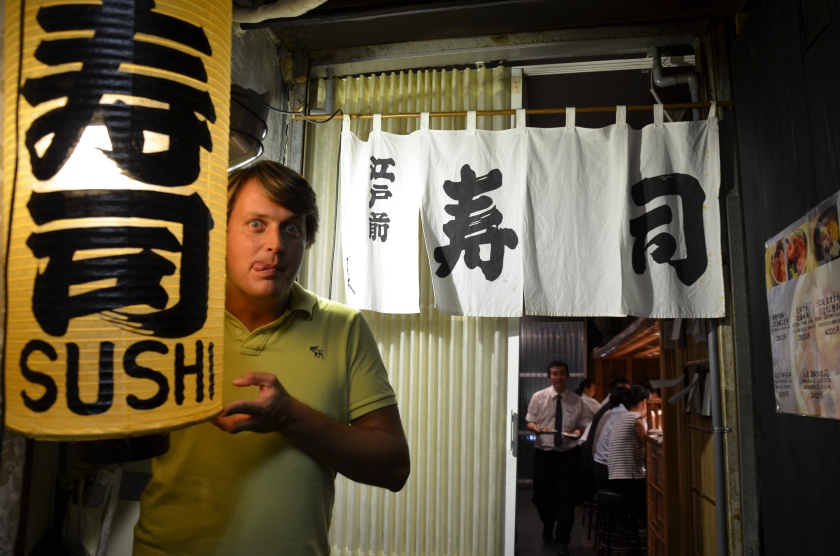 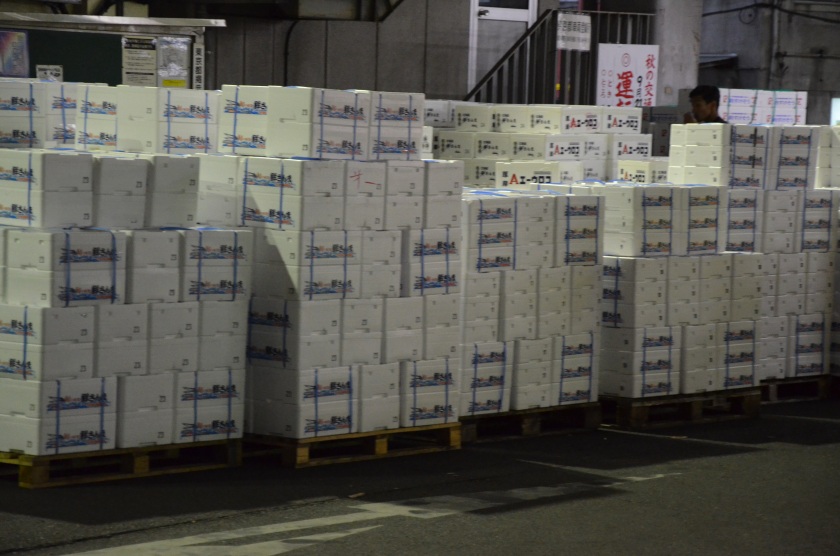