Sunshine welcomed me on a wednesday afternoon as I arrived in Vladivostok, the far eastern tip of the Eurasian continental mass and the starting point of my way back to Europe. In the early morning I had left rainy Tokyo, changed plane in Seoul (Korea) and finally arrived here. Formalities were short and uncomplicated, and around 15:30 I stood in the entrance hall of the small but modern airport. Time for a quick check on travel basics. The phone worked (I could call the agent that will get my car off the ship). Email on the Blackberry worked too. The ATM spoke English and German and spit out cash in Rubles or USD without any problems. And my credit card could easily pay the 200 RUB ticket for the airport train. Great! The complications from Japan had disappeared, weather was good, and the train that took me into town even had Free WiFi!

From the window of the train it seemed to me like a modest modernity had been rolled over Soviet ruins, comparing it with the Eastern European countries I had seen a lot had been cleaned up out here. New train tracks and stations, modernised houses, big cars. This place was also very different from Central Asia, Georgia, Armenia, Azerbaijan, as it was not as desperate as provincial towns there. It also seemed a more “real” world then in perfect Japan, with imperfections and a human, more relaxed touch. 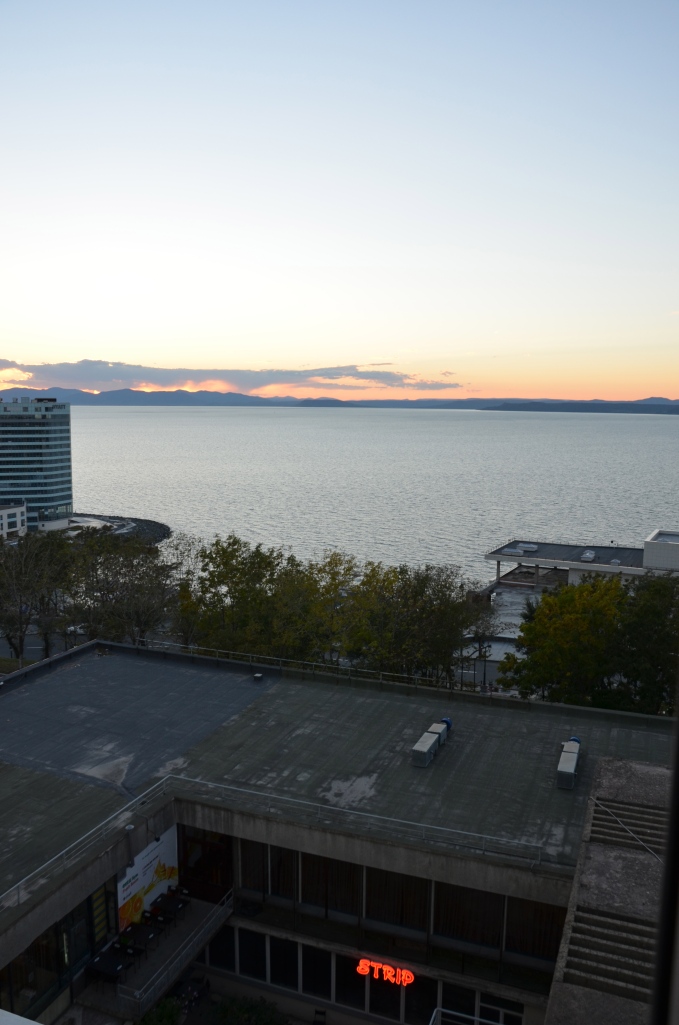 As I walked through Vladivostok from the train station to the hotel, the culture clash hit me hard though! I had woken up in harmonic, calm, educated and proper Japan. Here I had arrived in chaotic, rough, unfriendly and shabby Russia. The huge black Toyotas and Lexus’ were back, and I forgot that cars here don’t stop for pedestrians, especially the bigger and darker ones. The receptionist at the Azimut Hotel threw my credit card receipts in front of me and I got an unfriendly “njet!” when I asked for a room with a bigger bed. Not to speak about the lack of smiles. People on the streets just walked straight with no consideration for others, even if they ran into each other. There was no please and thank you in conversations. After a quick recon tour of the city, I stopped at a restaurant with a terrace on the harbour and ate a pizza. The plate was collected from my table as I eat the last bite. Back at the hotel, I remembered the one in Osh (Kyrgyzstan) that had the same dirty rooms and smelling toilets. There was no functioning internet in the room, so I just fell asleep on the rock hard bed.

The next morning I was supposed to hear from the agent when we could start the formalities to get my car. I kept waiting, and at 11:00 finally the phone rang. No news, we had to try again in the afternoon. I went for a walk through the city, that didn’t have a lot to see. One of the major attractions was a WWII submarine converted into a museum. All writing was in Russian I just walked through, not understanding a single word of the exhibition. I was surrounded by a Chinese tour group that seemed to think they were alone there. Since I could take no pictures as long as they were around (there would be always someone in the way), I had to wait until the group had left to finish my tour. The submarine looked huge from the outside, but felt claustrophobic on the inside. I wondered how the sailors could live in here for weeks without freaking out. Back outside I walked along the harbour. There were some warships docked and crews getting off. I found a supermarket where I could buy food once I’d have my car back. At lunchtime I looked for a place to eat (how about fish considering that there’s the sea in front of town?), but none of the fast food joints offering a few fatty things convinced me. A shashlik grill with tables in the sun and cold beer saved me. Then at 14:00 came the bad news from the agency. The paperwork would start only in the next morning, and the car would not be out of the port before Monday or Tuesday. I started to look for flights to Seoul, Hong Kong, Japan to save my weekend, but had no luck. I was trapped in this city with nothing to do and no decent hotels, couldn’t do or prepare anything, had no good internet to download maps or plan routes. Weather was good, perfect for driving and camping. How long would it last like this? I was loosing precious days for a reason I didn’t understand. Not good at all, and very boring. 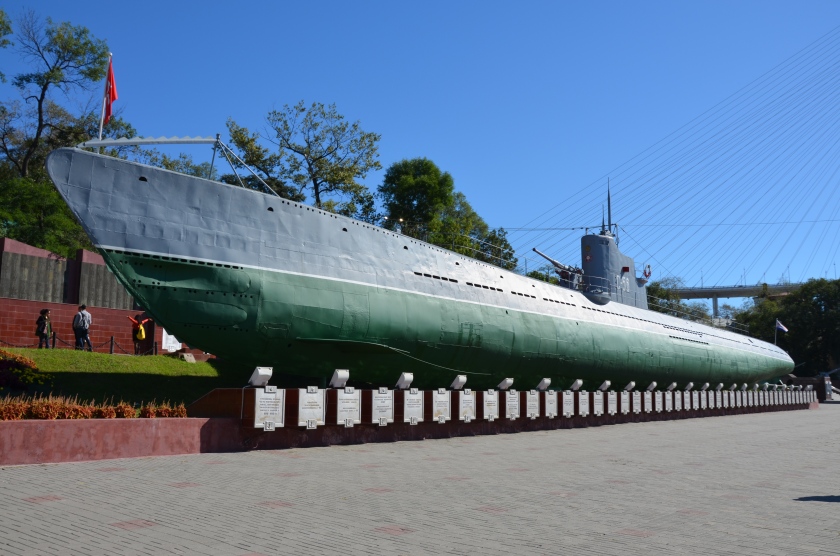 On friday morning Svetlana from the agency picked me up from the hotel to start our day of paperwork with the shipping company and customs. Basically we spent the morning running back and forth between two buildings a couple of hundred meters from each other to deliver forms and signatures between them. And we had to pay 19.000 RUB of fees at a bank. Obviously, the bank accepted only cash, so I had to go to the ATM of the same bank, get their cash and hand it back to them on the inside to pay. Why make things easy when they can also be complicated? As if all this wasn’t enough, I broke my back with a lumbago, and couldn’t walk properly all day. But we finally made it to finish everything before lunchtime, thanks to Svetlana’s friendly but resolute handling of the situation. The shipping company told us my container was already offloaded and I could pick up the car the same evening. Wow, great news! In the new hotel (I changed because the room in the Azimut was too bad) I started preparing my bag and went to wash some laundry, excited that suddenly the situation had changed and I could take off much quicker then expected. But then the luck turned again, the laundry needed a week (!!) to wash, so no clean clothes. And the agency told me a train had blocked the port entrance, so we couldn’t pick up the car that evening. Roller coaster day! The next day it seemed we might have a chance to get the car out of the container, but I’ll believe this only the moment I sit in it and drive through the streets of Vladivostok.

One thought on “Stuck in Vladivostok”