At exactly 08:00 this morning I hit the road on a sunny but freezing day. The doors of the car barely opened, and it took a while to warm the engine up. Fortunately the “hotel” at least had hot water for me (“breakfast” is not part of the vocabulary around here), so I could make coffee and tea for an extended breakfast on the road, as I drove through the vast, yellow steppe in the morning sunlight. The first two hours to Bayankhongor went quick over a good tar road. Passing the town, I fuelled up, and literally the moment I left the road disappeared and tracks into the steppe were the only way to go. The car was still dirty from the mud experience some days ago, now a thin layer of light brown dust started to cover it all. The tracks varied in quality, sometimes I could speed at 80-90km/h in fourth gear, sometimes it was a fight for every pothole in first and second gear. My stuff and I got a thorough shaking.

The hours went by as I drove through a vast plain, the mountains left right at a distance were covered in snow. The fine dust found its way into the Evoque slowly, and every time I stepped out f the car, I got back in with white patches of dust on my jeans and jacket. Time went by, km passed, there was nothing and nobody around here. Every now and then I overtook a car, truck or motorbike. Herds of sheep or cows were the major sights, along with two carcasses of a cow or horse, a dead horse on the roadside, and some wild camels. Then suddenly, after 300km of tracks, a dam with a black surface appeared on my right, a couple of hundred meters away. A tarred road! I reached it, found a way to drive up the dam, and found myself at twice the speed and no shaking on a brand new road. The mood went up, I could eat and drink while driving, relax, listen to music, and make quicker progress. 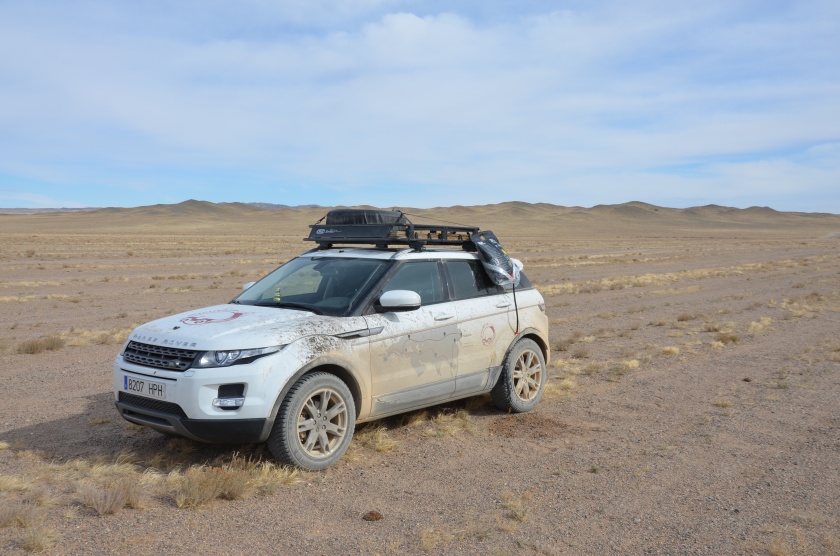 110km later I reached Altai, at zero degrees I fuelled up and drove through town. It was 16:30, too early to stop for the day, and there was nothing in this agglomeration of huts, ramshackle stone houses and smokestacks. I decided to keep driving and try to reach the next town. As I left Altai, the roadsigns indicated 425km to Khovd, and the tar disappeared again. As my fellow Swiss travellers had rightly observed, towns here seem to build the roads towards Ulaan Baatar and not care for the other direction. Out of Altai, the track was relatively good and straight and led into a mountain range covered with snow patches and with a big black cloud over it. An hour later I had driven away from the cloud and the sun tarted t descent over the steppe, as I kept battling the dust tracks. After a whole day shaking in the car I started to get annoyed by the bad roads, my stuff flying around and the constant acceleration-brake driving. The steppe seemed not to end, there was no dam with a tar road in sight, and I drove straight for hours. A river crossing broke the monotony, but that was everything. The sundown over the steppe was amazing. I’ve started to love this time of the day, when the sky starts to burn like a fire that slowly extinguishes and leaves a deep red blaze in the end until the night falls in pitch black. 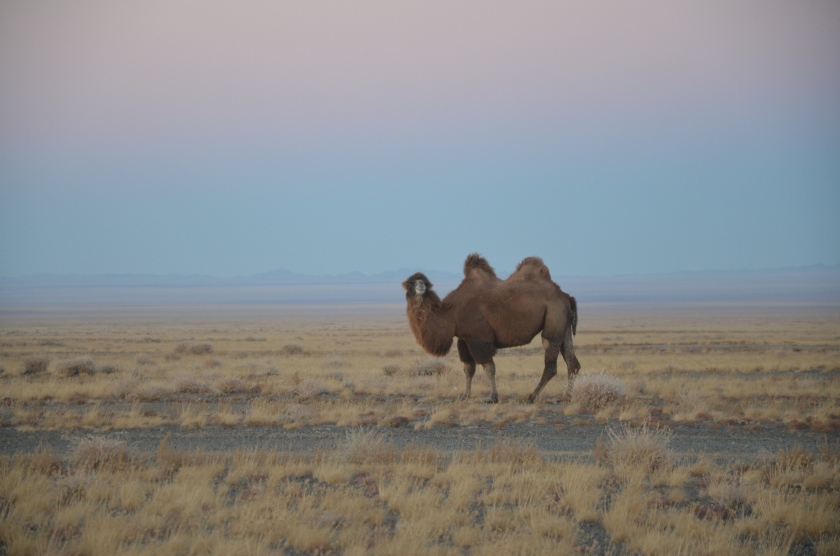 Driving in the dark made things complicated around here, since visibility was reduced to the 20m in front of the car. Getting lost was easy, it became difficult to spot the better tracks and impossible to find the dam with the tar road. I started hitting more potholes, my patience was vanishing. I wanted a tar road, and getting closer to Khovd it was about time to find one. And there it was, I saw the lights of two cars driving without bumps and the shadow of a dam when I turned towards them. I reached it, but two attempts to climb up failed, the ground was too sandy and soft, the dam too high. Driving parallel to it I almost got stuck in a mix of sand and snow. Then a ramp appeared – but it was the way down, the tar road ended here! I took a deep breath and followed the track, staying close to the dam. A bit later another stretch of tar road appeared, for 15 mins life was good again. The next interruption lasted longer, and the track left into the mountains before reaching the next stretch of dam and tar. This one lasted until Khovd, that I reached finally at 22:45. Local time was one hour less, so I hoped to find an open hotel. At the town entrance police blocked the road and checked my car. In the LP guide one hotel seemed less squalid then the other two. I found it easily, and entered the “lobby”, a big open room with construction going on and two girls sitting behind a wooden desk. They offered me a standard room for 40.000 MNT, I went to see it with one of the girls. The stairway was dirty, the building a fine example of improvised and poor construction paired with zero maintenance. On the third floor the girl showed me the room, three single beds in a row. I opened the thin door to the toilets to check them, and a cloud of hot mist came out. The shower hose had burst, boiling water kept flowing out. She showed me another room, supposedly a “luxe” one. It was as f****d up as the other one, with two beds. Everything in this filthy room was either broken, dirty, or not fitting with everything else. Cables were hanging loose on the ground, the toilet stank, the windows were broken. But there was no alternative, and outside minus 8 degrees discouraged me from camping. I took the room, got my sleeping bag out and hoped the night would pass soon. 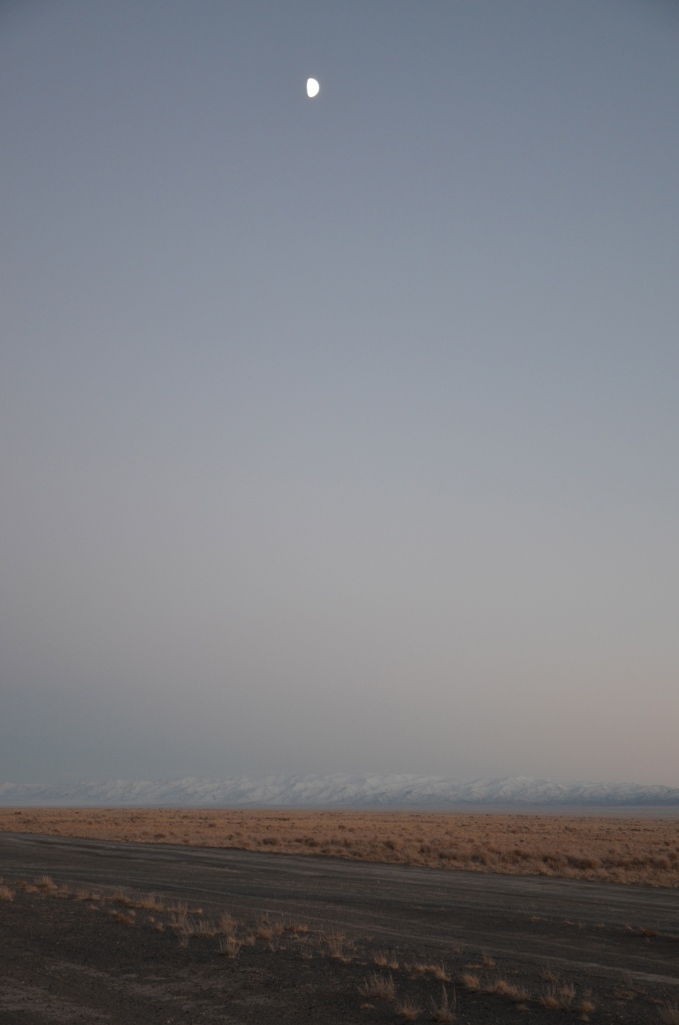