This morning I drove almost the same tour I had walked last night, recording much of it with the GoPRO (videos on YouTube soon). Bucharest really was a beautiful city with many spots still waiting to be renovated. Driving out of town I passed several parks and monuments as well as a modern business district. Soon afterwards snow capped mountains appeared at the horizon and I kept driving towards them.

The terrain started to climb up into the hills, then mountains, and at some point I drove through steep valleys. The rocks left and right ended in snow or clouds, and the landscape got more alpine. On the side of the roads locals set up stands to sell handicraft, honey and souvenirs. I passed several lovely towns with medieval houses, all very well kept. After an hour of mountains I crossed a small plain before entering hilly territory, Transylvania. Driving through Brasov I bought food at a Carrefour supermarket. It felt like back in Spain, one of these huge markets that sell everything. I fled quickly, trying to find some Unesco listed villages during daylight. Saschiz was the first where I stopped to check a huge church with a fortified tower, unfortunately it was closed and I could only take pictures from the outside. Reaching Biertan, or Birthälm in German, I drove through a beautiful small town, many houses dating back to the 18th century, and a fortified church at its core. I drove and walked all around it, but also this one was closed. 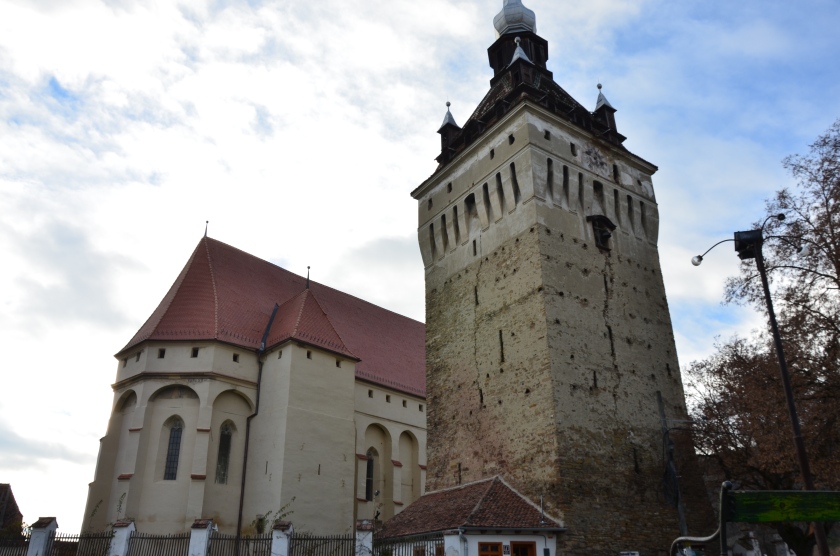 So I drove on to Mosna, and here the fortification was open. As I walked around the walls looking for the entrance, a boy on a bike rode past me, parked the bike and entered a gate. I followed him, and he waved telling me to come in, speaking perfect German. At the gate he showed me a sign indicating the entry fee as 4 Leu. He said that was for small visitors like him and that for me it would be 11 Leu since I was tall. I gave him 10 and he disappeared smiling. I went into the compound, walked around the church that was being renovated, and also checked the interior. Time seemed to have stood still for centuries here, the wooden benches, tools, ladders, seemed untouched for a long time. There were signs with writings in Hungarian, German and Romanian (in this order). 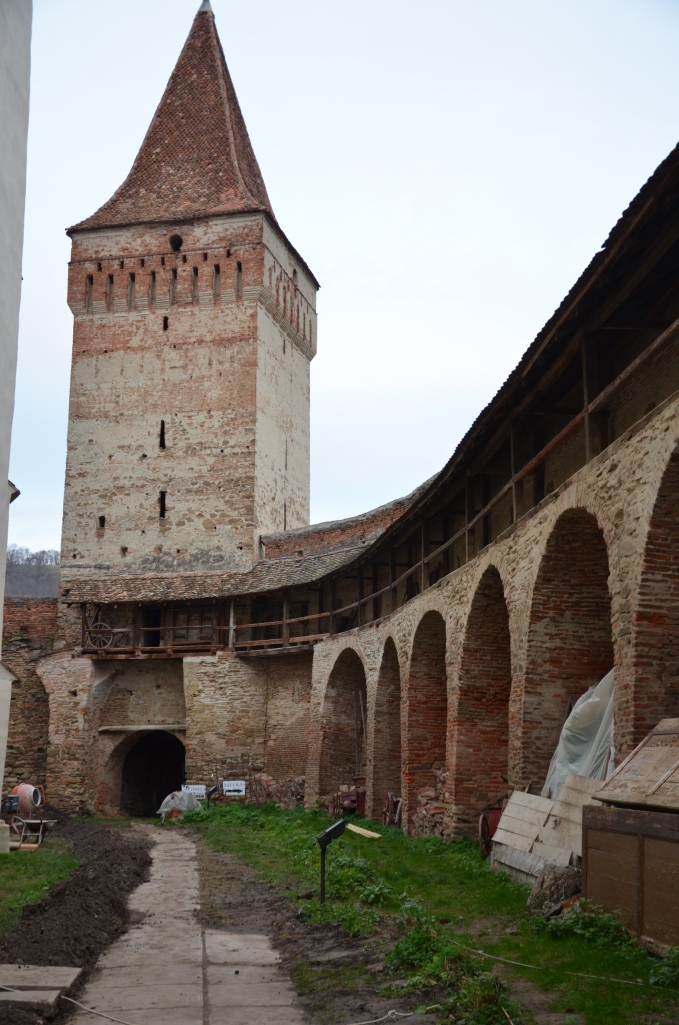 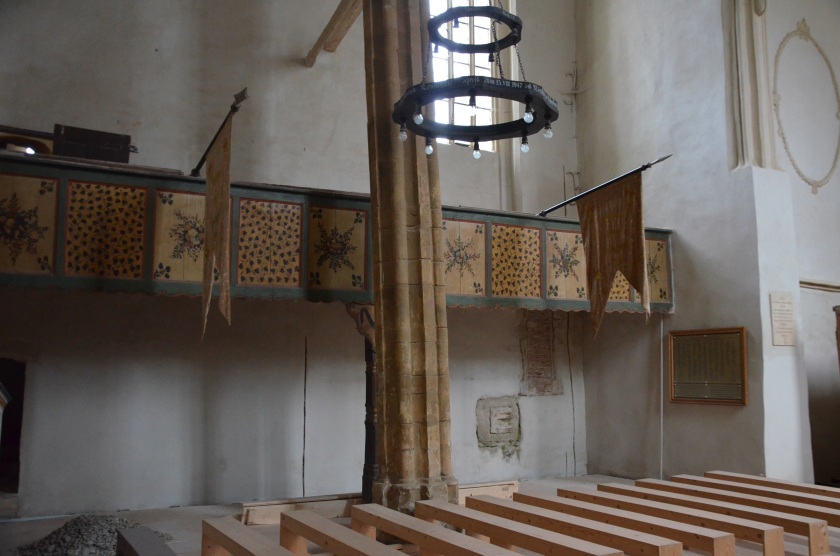 Leaving Mosna I started to look for a place to stay for the night. At 17:00 it got dark and I kept driving. Not finding anything, I reached Sibiu, and found a hotel with the booking.com app (here in Romania my iPad’s SIM card roams again). After checking in I drove into town to eat something. I parked the Evoque in front of the old city walls and walked into the old town. And then a beautiful romantic village with buildings dating back to the 17th century revealed itself. I had come here with no idea of where I was, and over a delicious local stew with polenta and a beer got my facts together. How lucky to have found this place! 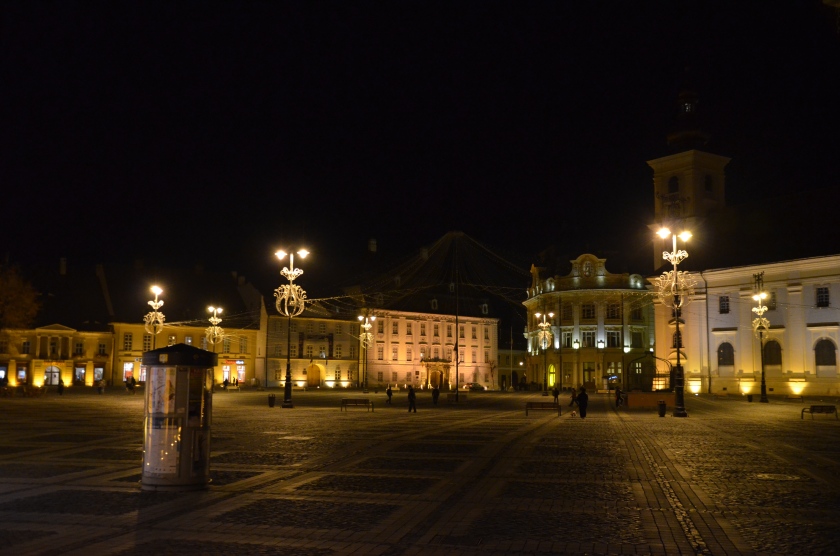