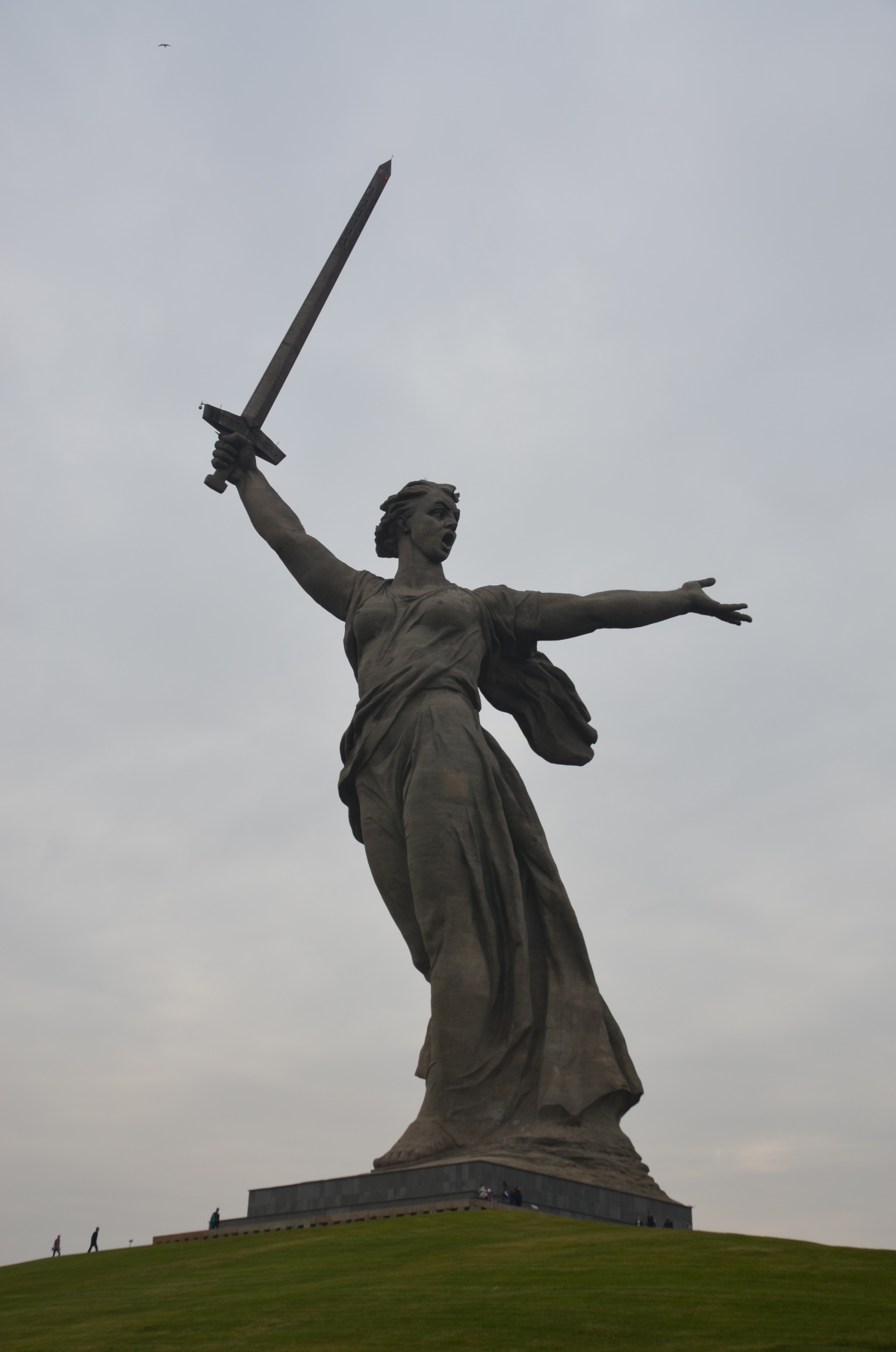 Leaving Atyrau in the morning the sun was shining, although temperatures reached just 2 degrees. The road out of town towards the Russian border was in bad shape, with frequent potholes and bumps, but time went by quickly and before I even realised it a couple of hours had passed and I reached the border. This was the last stretch of steppe, with camels and cows strolling across it.

Border formalities went smooth, and less then one hour later I entered Russia for the third time on this journey. Almost immediately after the border the landscape changed, from flat steppe to slightly hilly, and a few trees appeared. Then the Volga delta appeared, with vast stretches of white reed, rivers, low rise forests, and then green hills. Before Astrakhan, the road split and led the traffic towards Volgograd along the eastern bank of the river, although my GPS would have sent me on the western side on a bigger road. For some hours I drove through an uninteresting landscape. I filled the two spare tanks’ diesel into the main tank, as of now I wouldn’t need any spare fuel any more since there should be enough gas stations around and I wanted to reduce weight. Also most of the water went to cleaning off the worst mud from the car. I lost approx. 60kg of weight like this.

The entire day I felt strange, food didn’t taste the same, I was tired, and felt an influenza approaching. Time went by quickly and at 17:00 (-1h vs Atyrau) I reached the outskirts of Volgograd, a grey industrial area with strange traffic instructions. I got lost in the area, driving along very run down factories, smokestacks, abandoned railroads (or maybe they were still in use but just looked bad). Like in so many Soviet cities, the roads changed suddenly from small lanes to vast alleys, with no apparent sense and no need given the low traffic. Finally I reached a big bridge that brought me on the western bank of the river into the main part of the city. I drove down a big boulevard through grey precast concrete high rises as the night fell and found the way to my hotel somehow. Too exhausted, I fell asleep dressed.

The next morning a grey sky welcomed me, it was raining slightly. Nice depressing weather for a day’s sightseeing in a city that is famous for hosting the turning battle of WWII when it was called Stalingrad, a slaughter of soldiers and civilians of many nationalities (Soviet from many parts of the USSR, German, Romanian, Italian, Hungarian, Croatian) on a grand scale. Reduced to rubble during the battle, the city was entirely rebuilt afterwards and has very few beautiful spots, except if you are a fan of Soviet monumental buildings (there are plenty of them). I went to see the embankment and the monument to the fallen Soviet soldiers, where youngsters in uniform seemed to train some kind of parade. The flowers on many monuments I saw today were still fresh. 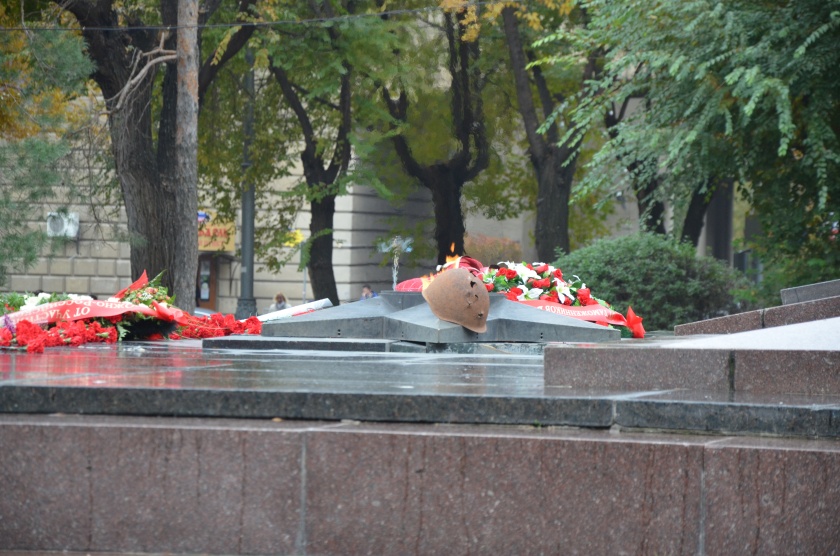 Then I went in search of the Museum of the Defence of Stalingrad. On tripadvisor it is located on an incorrect position, so I walked quite a bit around the river bank before driving to the correct location. On Sovetskaya there is also a monument to the T-34 tanks built in the factory here during the battle, if I understood correctly. The museum itself looks like an atomic reactor placed beside the only building still standing as it survived the war, a former flour mill riddled with bullet holes. The sight is scary, although I have seen a building in Berlin, close to the Philharmonie, that looks even worse. In front of the museum a series of artillery pieces are on display, with kids playing on them. Walking towards the entrance on the lower floor, I passed two warplanes on display and found also several tanks, one of them destroyed with the massive engine clearly visible and occupying half the vehicle.

Inside the museum a gloomy atmosphere reigns. Lights are low, and plenty of relics are on display. Since there were almost no signs in English I walked around, having a look without fully understanding each piece on display. Although there was not much to comment, the weapons and pictures of the soldiers spoke for themselves: young men fighting for under horrible conditions of death, brutality, winter weather, malnutrition. There were several panoramas illustrating various scenes of the battle, and a huge model of the destroyed city during the war. 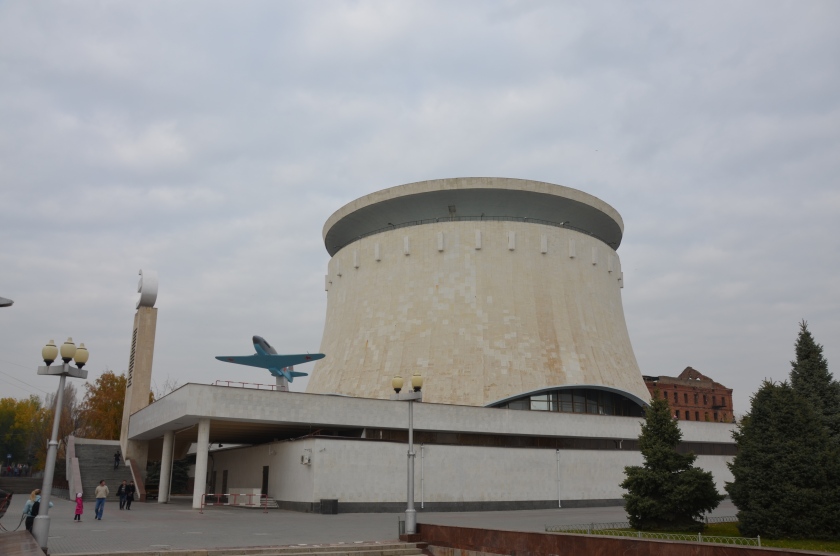 The next stop was the Mamaev Kurgan memorial. After seeing pictures of this place during the war, today’s site looked very orderly and peaceful. The monument was enormous, and composed of various stages and sculptures. It was quite a walk up the hill and the views over the entire city were as good as they could get on a misty day like today. On the way back I stopped at a square with a Lenin statue in front of the memorial of Pavlov’s House, whose other side I had already seen in the morning from the Museum’s terrace. 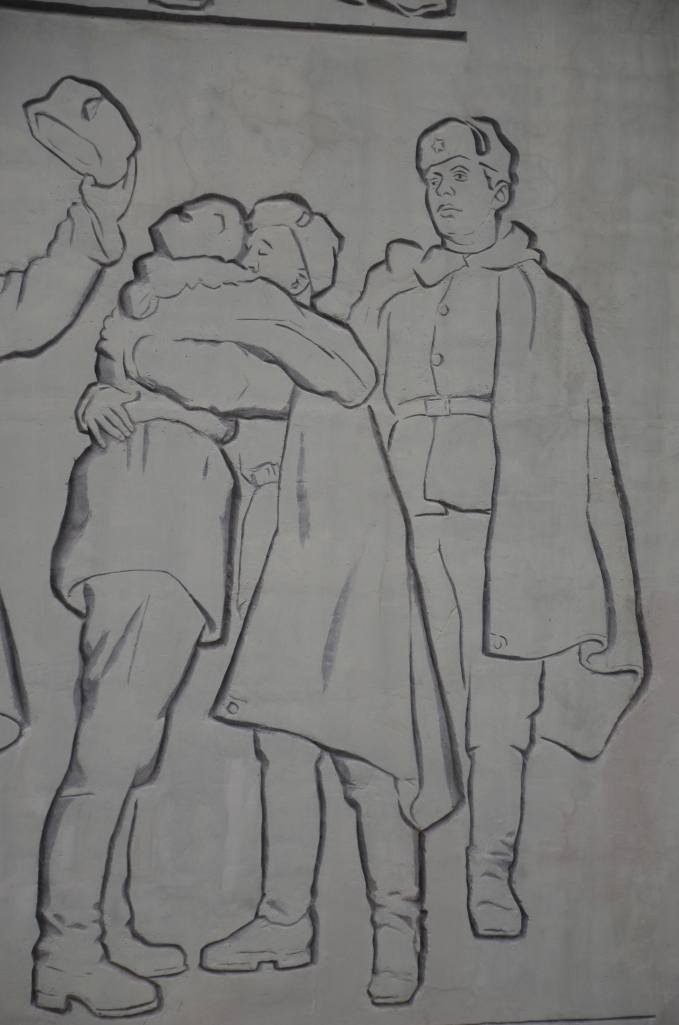 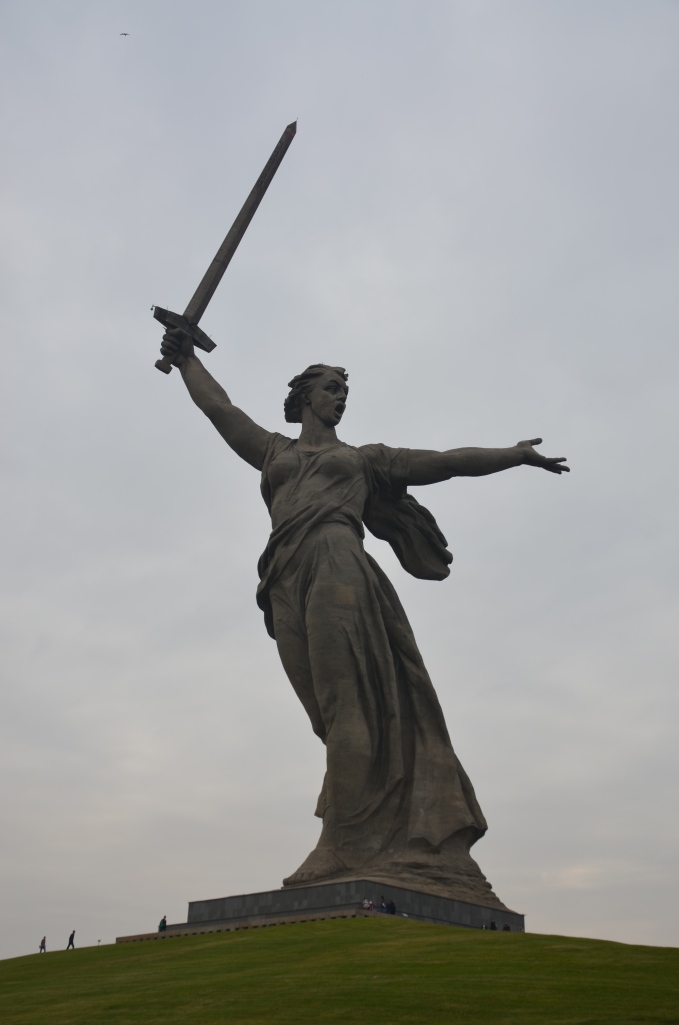 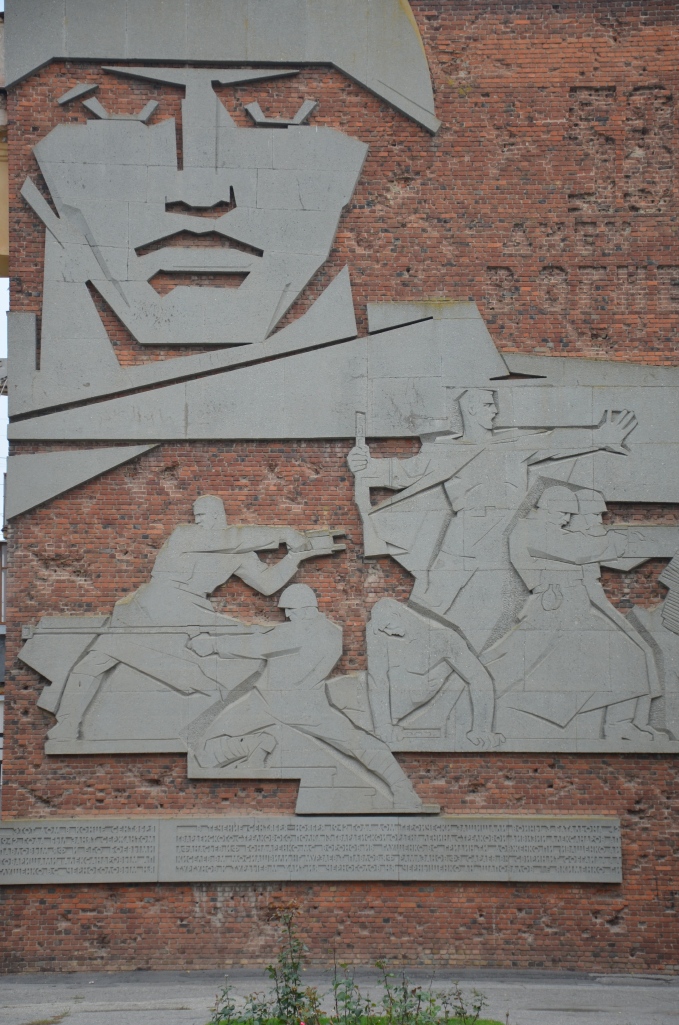 Exhausted after so much tough WWII impressions and with the looming influenza sucking all my energy, I went for a late lunch in the Grand Café, where I ate and read for quite some time before heading back to the hotel. It has been a deeply impressive visit to former Stalingrad, and the bad weather only added to a somber feeling.